All I Have to Do is Dream 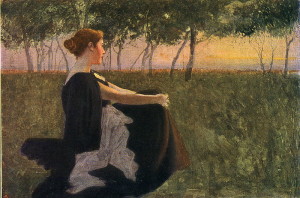 Here’s one thing that works to my advantage: I’ll never need to pay a psychoanalyst to decipher the hidden meaning of my dreams. Last night, for example, I was kneeling in my parish church when the Sisters from my former community unexpectedly walked in. They didn’t see me, but I watched them as they genuflected and took their seats near the front, and I wondered whether or not to go over and join them, since I wasn’t wearing my postulant uniform. Then I woke up.

Nearly two years out of the convent, my subconscious clearly still hasn’t quite let go of what might have been. Thankfully, it’s better than it was: at around the time I would have received the habit, for example, I started waking up in the middle of my Clothing ceremony several nights a week. (At least my community had the understated custom of giving the novice’s religious name at the start of the ceremony rather than the end, so I always got that far!) After about a year back in the world, I’d dream myself standing outside the convent in twilight, just as I had stood in real life while wheeling out the bins each week during postulancy, looking up through a window into the brightly-lit community room where the Sisters were gathering for evening recreation. Now, I wonder what that dream means?

For a long time after returning to the world, I slept a lot, but badly: going to bed at 8.30pm, waking up as late as possible the next day, and getting dizzy with tiredness sometime in the late afternoon. A number of times, I was appointed designated driver home from outings when, despite being stone-cold sober, by 10pm by I was definitely no safer to drive than anyone else in the car. (If I make it to heaven one day, I confidently expect that Saint Christopher will be waiting just inside the pearly gates to deliver a lecture on the subject that I’ll never forget.)

Not being a doctor, I can’t offer medical advice, but if you’re in this situation I can tell you a few things that have worked for me:

1) For a short-term rescue if you’re getting faint during the day, forget the sugar and eat a salami stick. I started carrying some around with me (the individually-wrapped ones), and found that the salt, fat and juices gave a much better energy boost than chocolate.

2) The biggest one: no screens for an hour before bed-time. No phone, computer or even TV, as the bright lights 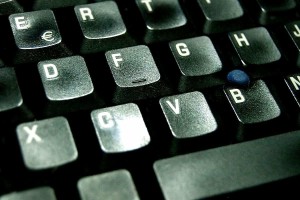 apparently interfere with the brain’s sleep cues. (Well, minimal screens, anyway. I cheat. I’m cheating as I write this now, in fact.) This one actually fixed most of my sleep problems in one go, and drastically reduced the dizzy spells next day.

3) Chamomile tea. If you’re like me, the challenge, waking or sleeping, is to find a channel in your mind that’s not playing repeats of Life in the Convent. Slowly drinking a cup of chamomile tea just before turning out the light can help gently disconnect those loops of thought and take you downward into sleep.

And then there’s the 2am demon: what if I’d…/perhaps if I’d…/if only I’d… (Or its evil twin, what if they’d…/perhaps if they’d…/if only they’d…) The only thing that helps here, unfortunately, is time and a conscious effort to understand and process the grief. It’s as though every memory of life in the convent, good or bad, is a sharp edge that needs to be gone over with sandpaper a certain number of times before it gets dull enough that you can handle it. However, it’s 2am and you’d really like to go back to sleep, so what can be done for some relief in the meantime?

Here, I’ll pass on three suggestions from the wise and patient priest who suddenly found a wildly unhappy recent ex-postulant in his confessional back in 2013.

1) If you’re playing certain scenes over and over, perhaps making magnificent speeches where you actually once stood mute, bring your sense of the absurd into play. Imagine the scene with Bert and Ernie in the background reacting to what’s going on, or Mr. T providing a running commentary. If it sounds extremely stupid, that’s because it is… but I actually laughed out loud the first time I tested it on one of my painful convent memories.

2) Or, if that’s just too silly for words, how about this? Imagine you’re sitting at a table so long that the far end disappears into the distance, and slowly, gently slide the people you’re angry with down the table away from you, further and further until they’re so small you can’t see them anymore. Keep them there and turn your mind to something else.

3) If all else fails or – worse – the person you’re angry with is yourself, then turn the light on and write down, very specifically, what is bothering you. Then (my own later addition), decide on something concrete that you will do in the morning to move on from that situation. I will say a decade of the Rosary for someone’s intentions. I will put $5 in the Saint Vincent de Paul box. I will make coffee for my parents/housemates. I will say the Office of the Dead for the souls in Purgatory. Anything, as long as it’s clear, charitable and constructive. Then turn the light off and, for heaven’s sake, go back to sleep.

And me? Self-evidently, I’m not “over” the most vivid months of my life just yet. But t 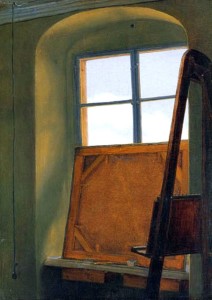 wo years out is a hell of an improvement over two months out, no longer bittersweetly receiving the habit night after night being but one example. The Sisters still walk through my dreams sometimes (do I ever, I wonder, walk through theirs?), but slowly, a couple of years behind schedule, my heart and mind are catching up to my life in the outside world. Thanks be to God.