Jesus is the Way 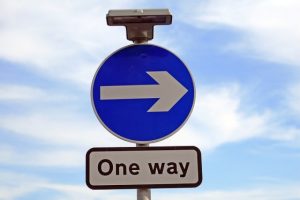 There are a lot of difficulties when returning from religious life back into secular life. One that I hadn’t really expected, but that has become quite a challenge, is direction. When I was in the convent I thought I had my life figured out. I thought I had found my vocation. I thought I was living where I would spend the rest of my life with the people I would spend that time with. My direction was very clear and I knew I was in the Lord’s will.

And then I left. And I felt like my life was a mess and I had no direction. I fell into the trap of despair. I was sure there was no hope. But day after day the Lord has been faithful. He has been bringing me out of that trap.

By leaving I felt like I was leaving the Father’s will for my life, not at first, but I fell into that trap after being home a little while. I was consumed with trying to figure out a plan. I needed to figure out what my next career move was as well as my vocation. I wanted to figure every little detail out before I made any sort of move in any direction.

The reality, though, is that by leaving I was actually staying in the Father’s will. He called me out of the convent. I was listening to His voice when I decided to leave. And while that left me “directionless” in the eyes of the world, it really didn’t. It took as much courage and discernment to enter religious life as it did to leave. And both decision were made with the Lord.

I was reflecting/praying with the Gospel today and I realized I’ve been going about my return all wrong. Today’s Gospel is a passage we’ve all heard a million times, but the Lord used it today to bring me some new insight. Jesus addresses Thomas after he questions how they will know what direction they are to go after Jesus ascends into Heaven by saying,

“I am the way, the truth, and the life. No one comes to the Father except through me.”

You see, I keep complaining about feeling directionless and like my life is a total mess. I want to know the future so I can make a move in some direction. But the Lord revealed to me today that I do know the direction to walk because Jesus is the way. 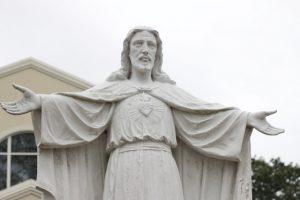 If I walk in Jesus then everything will fall into place because the goal isn’t to figure out what career I’m supposed to be in or what my vocation is. Don’t get me wrong, those questions are important, but they aren’t the be all and end all of this life. The ultimate goal of this life is to be in communion with the Father in Heaven. And Jesus tells me, and the disciples, in this passage that the way to the Father is Jesus Himself, not a specific career, living situation, or vocation. Our careers and vocations can help us get to Heaven, that is the whole point, but finding them and living them cannot be the ultimate goal. Then we lose sight of our purpose here on Earth which is to get to Heaven.

“Seek first the Kingdom of Heaven and all these things will be given you besides.”      -Matthew 6:33

So while it is easy for me to fall into the trap of feeling “directionless”, the reality is that I know the direction I need to walk. I know the way because Jesus is the way.

Re-published with kind permission from Erin’s blog Arise My Daughter and Come.