Lives of Holiness After Vocational Disappointment 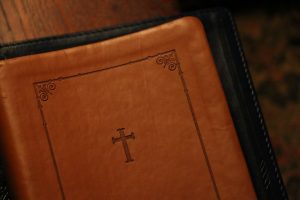 Whether or not a person who leaves religious life discerned that on her own, it may feel like a disappointment on some level. Here you were, ready to give yourself away in the life of religious vows, and now you are no longer in the community you joined. You trek back to the secular world wondering, “What’s this all about?” You may feel like Eliza Doolittle who cried out, “What’s to become of me?” Perhaps for some it may feel that leaving religious life is simply an ending, with no new beginning in sight. But each of us is called to be a saint, and there are a number of holy people who left religious life or seminary (or were never permitted to enter), only to find their vocation elsewhere and become persons of exemplary holiness.

For the encouragement of all who are a part of Leonie’s Longing, I thought I would start a list of saints, blesseds, and other exemplary persons who at one time aspired to the religious life but were unable to enter, or were in seminary or religious life and left.

+St. Frances Xavier Cabrini – was turned away in her youth from entering religious life due to poor health; she later founded her own order.

+Bl. Margaret of Costello – expelled from a religious community, she became a 3rd order Dominican.

+St. Zelie Martin – she had been rejected by a religious order and became a holy wife, and mother to St. Therese of Lisieux.

+St. Louis Martin – could not join a monastery because he could not master Latin and became a saintly husband, and father to St. Therese of Lisieux.

+St. Anthony Mary Claret – sickness kept him from remaining in the Jesuit novitiate; he later became a bishop and founded a religious order.

+Fr. Isaac Thomas Hecker – had been expelled from the Redemptorists, then was asked by Rome to form a new community, which became known as the Paulists.

+Elizabeth – a friend of mine who could not become a religious due to a chronic health condition…now she is a consecrated virgin with the Blessed Sacrament in her home.

+Sister Luitgard Kussman, OSB – member of Benedictine nuns in Colorado who died a few years ago; health problems led to her being released from her religious vows as a Missionary in 1945. Some years later she entered the contemplative Benedictines.

+Pope St. John Paul II—wanted to enter the Discalced Carmelites, but due to the war in Poland, they were not accepting novices at the time of his inquiry. Looks like God had other plans!

If anyone knows of others, PLEASE share so that we all can be encouraged and inspired even more!