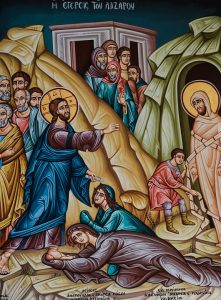 I remember reading once that, if someone in the Middle Ages recovered from a severe illness after having been given the Last Rites, popular superstition considered that his earthly life was actually over: among other restrictions, he was not permitted to marry, to make a will, or to eat meat. *

Without wishing to seem morbid, when I left the convent, I began to understand a little of what those people would have felt as they muddled around after their recovery, trying to make sense of a world with which they were supposed to have finished. While getting ready to enter the religious life months earlier, I had realised why a former colleague – now a nun – said that in a way it felt like preparing for death: once my date of entry was set, I stepped into some strange area outside the regular flow of life, knowing that I was on a limited time-frame. I’d look in shop windows at racks of clothing, and realise that even if I bought anything, I wouldn’t have a chance to wear it. At the supermarket, I’d buy the smallest possible jars of honey or peanut butter (even though it was more expensive) because that way, I’d be able to get them finished in time. Also, of course, I was hauling bag after bag of clothes and books to the op-shop, leaving my closet looking stripped and abandoned… and most of all, my friends and family were holding small parties to farewell me, knowing it might be a long time before they saw me again.

Good grief, the noise! I’d lost the ability to tune out background music, the chatter and footsteps of passers-by, the rumbling and honking of cars, the clattering signals at pedestrian 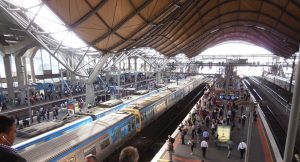 crossings… I couldn’t believe I’d ever been able to ignore so much noise. Advertisements on TV and billboards seemed surreal: having barely handled money for over half a year, I couldn’t believe that I was once again being marketed to. Visiting the places where I used to live or work was more like walking into a memory than living in the present, and everything I read/watched/listened to was something I had consciously, willingly, given up for good. None of it made any sense.

Of course, true death to the world only occurs during the rite of final profession, as the religious lies beneath a funeral pall while the Litany of the Saints is sung. So, what about the rest of us, who didn’t make it that far but still feel as if we’re no longer really part of the outside world? 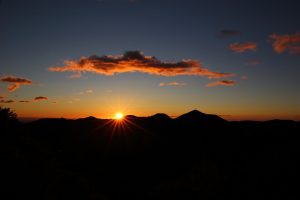 For one thing, the experience gave me a taste of what being “in the world, but not of the world” feels like. It’s probably a good thing to feel slightly distant from the things you’re shopping for, to be able to step back from the advertising and think, “Seriously? They’re trying to make me want this thing? Do I want it?” It’s definitely a good thing to be able to sit back while sending a text or surfing the net and say, “You know, I lived for half a year without this and didn’t miss anything important.” And it’s wonderful to put your arms around your grandparents in the knowledge that, in other circumstances, you might not have seen them again. Basically, the world becomes unexpected: having lived outside it, you can’t now take it for granted, and whether that’s ultimately good or bad is defined by your response to it.

At the age of seventeen, Spiritu watched some elderly nuns laughing together after Mass and decided instantly that this was what she wanted to do with her life. After six years of intense study about the Catholic faith and the religious vocation, she entered a beautiful community in her own country, Australia. Seven months later, she returned to the world, saddened that her discernment hadn’t worked out as she’d hoped. She is now exploring other possible options for the future, and owes an enormous debt of gratitude to her family for their love and help.
(Visited 1 times, 1 visits today)