Afraid – But Not to Fail 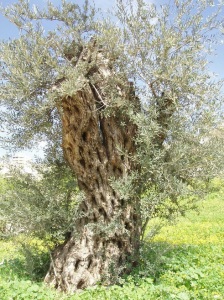 In April of 2014, I found myself sitting in a meeting room on a university campus at a departmental “meet and greet,” where a bunch of professors gather to listen to wildly successful alumni of their department talk about their exciting career exploits. That Friday morning, the visiting alumna was some hotshot Director of International Marketing for some top five international magazine publisher that, every two or three years, moved her and her entire family to a new country, Singapore, Malaysia, India, Thailand…, to launch a new magazine in a language and culture she didn’t understand. Then, when she had made the magazine wildly successful, they moved her on to the next country to do it all over again. After about an hour of listening to her adventures, one of the professors asked, “Weren’t you ever… anxious or… afraid even… to just pick up your family and move them to a country you knew nothing about?”

The Marketing Director appeared genuinely confused, as if she couldn’t even understand the question. “Afraid? Why… Why would I be afraid? You just go and figure it out. There’s nothing to be afraid of.”

In that moment, I felt a hard knock in my chest as I remembered who I used to be. The marketing hotshot continued talking, but I didn’t hear her. Instead, I heard my inner voice say in a slow, matter-of-fact tone, “I used to be like that. I used to be fearless. Now I’m afraid of everything.”

Most people are afraid of failing. They’re afraid of putting a ton of work and time and effort, and love, into a thing 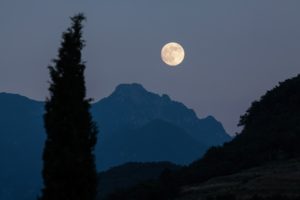 and then having it all “go to waste”. They’re afraid others will look down on them because they set their sights high, but didn’t make it. They’re afraid of starting all over again from scratch, because it might mean they’ll just fail again.

I wasn’t afraid of any of those things, and in my time working with Leonie’s Ladies, I’ve found that a lot of you think those are the things you’re afraid of, but you’re actually afraid of something else entirely. So, over the next few days, I’m going to tell you what I was afraid of, and where that fear came from. See if you can relate!

When I was a child, my mother used to say to me like it was a mantra, “Jenni, you have so much faith”. She didn’t mean that I was the spitting image of the Virgin Mary. She meant that I was fearless.

I suppose I actually was objectively fearless back then. Like a lot of us, my mother always told me that I could be anything I wanted to be and that I would always be successful at it. With those prospects, what was there to be afraid of?! In both school and college, I always made straight ‘A’s. So long as my world was confined to studying, I rocked it. 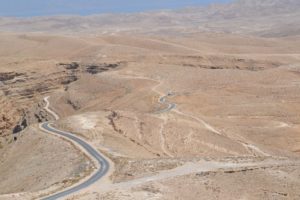 So I branched out a little. I traveled all of Western and much of Eastern Europe, by myself. At 23, I immigrated to Israel, also by myself, with every intention of making my life there. Israelis used to regularly ask me, “What, you mean you don’t have any family here? You don’t know anybody?” And just as regularly they would express awe when I answered in the negative. For five years, I supported myself as a freelance editor in Jaffa. I had a great professional reputation, and I was making exceptionally good money.

My world was bigger, and I still had never failed. What was there to fear?

Part Two of this post can be found here.

J. E. Sigler is the Vice President (+ Blog Mistress Emerita) of Leonie’s Longing and a doctoral student in the Brian Lamb School of Communication at Purdue University. She has never been in religious life, but she spends a whole lot of time with nuns. For a summary of her Master’s thesis research with 35 sisters, view her TEDx talk here: https://www.youtube.com/watch?v=9m5Ek34BROE&list=PLsRNoUx8w3rPODRo_T8DNdXCWrm7m9jSa&index=12.
(Visited 3 times, 1 visits today)