Afraid – But Not to Fail Part 2 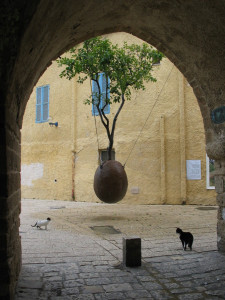 What was there to fear? Misery, for one. Because despite all my success so far, I had never been really happy, because I had never known God. Throughout my early 20s, I converted to several different religions, but wound up disillusioned with all of them. So by the time I was 28, although I still believed in God, I was tired, tired, TIRED of seeking, thinking I’d found, and then realizing I hadn’t. I was completely spiritually exhausted. So I gave up my religious search, telling myself that I would “walk alone with God” for a time, a choice that quickly plunged me into the most depraved years of my life.

And at just this time, the collapse of the American economy began to reverberate internationally. My freelance work tanked. My fiance left me. My religious identity was dead. All my relationships had fallen apart. I had no job. And I was alone in a foreign country that isn’t exactly known for its easy way of life. I had no idea who I was or what my life was for anymore. Eventually I saw no choice for myself but to leave Israel and return to the U.S. to “retrain” for a different career, to start my life all over again, from scratch.

At 29, I crossed the Atlantic, feeling as if I was flying into a gaping black abyss. I had no idea what I was going to do 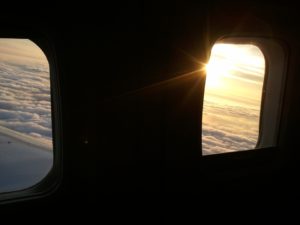 with my life, where I was going next or where I would end. I was 100% unambitious, with no desire to do anything or be anyone. I had failed miserably in life, in my career, in my relationships, even in my faith, and I did not know how to go on.

In my mind at the time, life had taken a wrong turn after school. I’d always been good at that. So, after a few months of wandering about aimlessly back in the U.S., I took the GRE and started a Master’s in Philosophy (a very sorry substitute for religion, I must say!). Within two weeks, I was very worried: I was reading philosophy for the first time, and I didn’t understand 95% of it. The other 5% I hated. I told myself to relax, that the professors would explain things to me and it’d be ok. But they explained, and it was still not ok. I only hated philosophy more and more. Within three months, I could not imagine myself continuing in this discipline. I could barely get through each day.

As I saw it, I had now failed in academia, too. If I couldn’t make it in a career, or in love, or in religion, or, now, even in school, where I had always been successful, what in the world was going to become of me? By the time Thanksgiving break rolled around, I was emotionally and psychologically incapacitated. I spent the entire break, 10 days, in bed, chain-smoking, drinking Arak, Netflix-binging Grey’s Anatomy.

At the end of Thanksgiving break, I picked myself up, went to my computer, and started applying for different graduate programs, not in philosophy. Then I started church hunting. 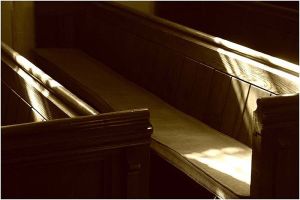 By “serendipitous” (read: “grace-filled”!) means, I found my way to the local Catholic parish. Something there seemed vaguely true, and beautiful, in an inexpressible sort of way. So when I discovered that Catholics have daily Mass (“Oh my gosh, these people have church every day?! I’m so in!”  ;-), I started going. Every day, from the depths of my desperation, I knelt in the pew after Mass and threatened God (really): “You know what? I’m not leaving. If you don’t wanna give me faith, that’s fine. But I’m not going anywhere. I’m just gonna die here in the Catholic Church without faith. Fine with me. Or, You can give me faith. Whatever You want. But I ain’t leavin’. Not this time!”

In all my years searching religions, no one had ever said to me that faith is a gift. I had simply figured out, through years of trying to grasp faith on my own, that it was just downright impossible. Now, of course, I can see that my threats-from-the-pew were, in and of themselves, the fruit of grace. I had not given up on God, even though I thought I had. Even when I believed I was just being a desperate, stubborn nuisance to the Almighty, I was really expressing a deeply rooted trust in the Catholic Church that I did not know I had.

So I became Catholic (of course!). But two amazingly grace-filled years later, I found myself rejected from two PhD programs, with no options, no job, and, again, no future that I could see. And once more, I forgot my faith.

By a not-so-small miracle, this time I was accepted at the last minute to a PhD program, four months after their deadline. I should have rejoiced, but by this point, my faith was so shaken and my fear of the future so all-consuming that, when I finally got the letter offering me admission, I agonized over whether to accept them.

Why? Because the school was in: A war zone? An AIDS- and malaria-infested third-world country? The middle of drug cartel territory?

No. Because it was in Indiana, and I had never been to the Midwest. (Confer my 23-year-old self from the first post!)

For over a month, I was paralyzed by indecision, terrified of the unknown, and really, REALLY angry with 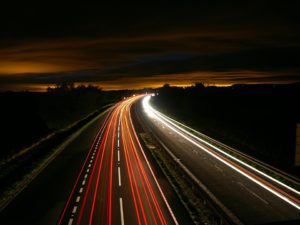 God for not saying anything at all to help me decide. When finally my stomach was so tied up in knots that I’d been surviving on Sprite and crackers for a week, a friend (God bless him) lost his patience with me and literally cursed and bullied me into going to visit the school, so that it wouldn’t be “unknown” anymore. That sounded so simple and logical that I literally slapped myself. Frantically, at the last minute, I drove 10 hours overnight to Indiana, one day before the department deadline for me to accept or decline.

Did you miss part 1? You can read it here.