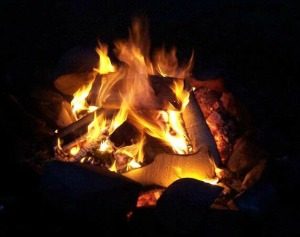 While at University I spent a summer on an archaeological dig. We lived in platform tents in the woods and drove about thirty minutes to get to our dig site and “town,” which was very small. A few people had cell phones but it did not matter because there wasn’t a signal there anyway. We had no TV, radio, internet, phone or anything like that at camp. We worked hard physically all day and sat around the fire talking and being silly at night. Then we went to bed and did it all again the next day. 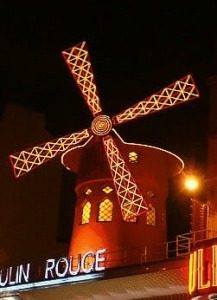 On a holiday weekend a number of us drove to a bigger town which actually had a movie theater and we chose to see Moulin Rouge! If you have not seen this movie I would describe it as an explosion: intense visual images, singing and dancing, fast-paced editing, and over-the-top in every way. Many people who saw it found it rather overwhelming. My mother told me that a friend of hers went to see it and walked out of the theater because she hated it so much. For our group, which had been on a media fast for all intents and purposes, it was basically a massive sensory overload. We sat there with our mouths hanging open, not even sure what was happening to us.

Afterwards, we laughed about it and told our teammates who didn’t come to the theater with us all about our experience. It was fantastic to have a group of people who could understand. We made jokes about it, sang the songs at night and processed the experience together.

When I returned to the world from the convent, it felt much the same way. The world was loud, intense and overwhelming to my senses. But instead of being a two hour movie, it was constant and never-ending. And I didn’t have anyone to talk to about it, to help me feel normal again. 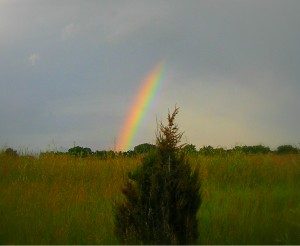 t first I felt terrible. I thought, “There is something wrong with me!” But gradually I realized that I just needed to give myself time and permission to be human. Instead of forcing myself to hang out with my friends a few times a week, I cut it down to two times, and more if I felt up for it. I also limited my phone conversations. Slowly I adjusted and I could do more than that.

What about you? Did the world feel loud and wild when you returned? If so, how did you handle it? Did your family and friends help you adjust?