Last night, I watched the first half of Labyrinth with some friends.

No, not this one. 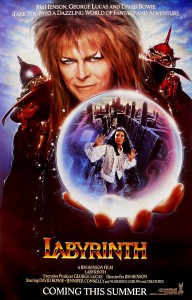 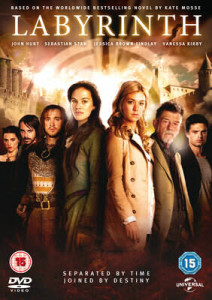 The two-part TV series set in the south of France during the thirteenth-century Albigensian Crusade, complete with glorious location footage of the walled city of Carcassonne. 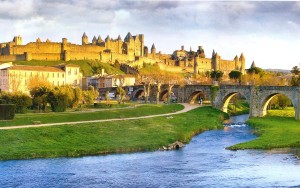 As we put the DVD on, the (non-Catholic) friend who had recommended it asked me casually whether I’d ever heard of the Cathars. Yes, I replied: I joined a Catholic religious Order specifically founded to counteract the Cathar heresy. Hmm. 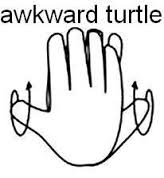 It became clear very quickly that the writers might just as well have abandoned all pretence and sub-titled the show How to Make a Dominican See Red: the Cathars to a man were portrayed as gentle, noble and extremely good-looking people who, quote, “just want to be left to worship in peace.” 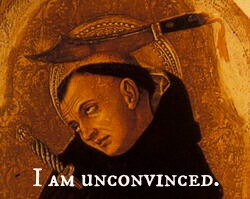 For all that they kept hammering the Cathars-good-Catholics-evil theme throughout, the only time I allowed myself a wail of disbelief was when the elderly Cathar hero revealed to his virtuous Cathar daughter (but not his evil Catholic daughter, of course) that he was one of only a handful of people who knew the true whereabouts of… 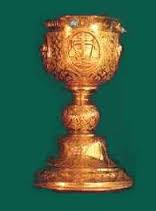 When Part 1 ended, my friend asked whether I’d liked it. Now, I may not belong to the Order of Preachers in any formal way, but I’m still a Dominican at heart and a sophisticated modern re-hash of the stuff we’ve been arguing against for eight hundred years makes me cranky, so I replied that:

Funnily enough, none of our charming heroes (or the Cathar “priests” who sacrificed themselves for religious liberty) mentioned any of the above. Nor, for that matter, did anyone refer in passing to the murder of the Catholic missionary Pierre de Castelnau which brought the Crusaders to France in the first place. The mass slaughter of Cathars was appalling, and was rightly depicted as such, but there was a cynical post-modern prejudice underlying the whole thing that didn’t reflect the actual worldview of either Cathars or Crusaders, and simply didn’t need to be there. 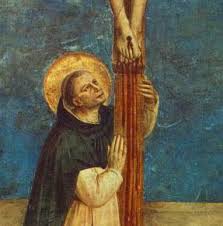 This really brought it home to me that I’m not in the convent any more: I’m out in a world where heretics are automatically heroes and Catholics are automatically evil. I dearly miss the sanity of the religious life, but it’s clear that my job for now, out in the world, is to follow the example of Saint Dominic, who fought error with logic, charity and prayer.

One day, every knee will bow and tongue confess that Jesus is Lord. Until then, you and I are the current generations of the Church Militant, and those who have taught and died for the Faith for two millennia are upholding us in their prayers. Maranatha!