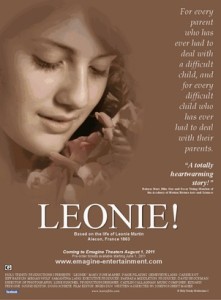 Did you know there’s a film based on the life of our patroness, Leonie Martin?

The founder of Holy Trinity Productions and executive producer of Leonie!, Barbara Middleton, has kindly agreed to answer our questions about the film and the woman who inspired it.

What was it that first interested you about Leonie?

Fr. Jacques Daley suggested I make a movie on St. Therese and in my research of St. Therese I discovered Leonie Martin. Primarily, I chose her because she’s a part of the Martin Family.  Leonie’s association to her sister Therese and their close relationship drew me to her. I was struck by the difficult childhood she had and the hope she could bring to others.

Can you tell us about the research you did in preparation for the film? Did you learn anything that surprised you?

Discovering the house in which to film the movie Leonie! I spent the day traveling around the town of Romeo, Michigan looking for a location to film. I toured many homes in the town but one caught my eye as we drove passed it. I had visited Leonie’s home in Lisieux and this house looked like a replica of the Martin home. I had a sense of St. Therese at that moment. After all day looking at houses I asked the driver to take me back to that house. She 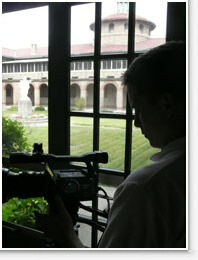 graciously did and I was praying to St. Therese all the way back to the house. Upon entering the driveway the owner (Diane Jesmore) came out to bring her dog in. I got out of the car and introduced myself and she welcomed me into her home. I told her I wanted to make a movie on Leonie Martin, sister of Saint Therese. She was not Catholic but knew about St. Therese. They opened their home for weeks of filming and could not have been more receptive to us. Ron Jesmore had a clock collection throughout the house and Mr. Martin himself was a clock maker. They had a camera on a tri-pod identical to the one I saw in a book on St. Therese. I knew that Leonie and Therese guided me to that house.

You discovered Mary Rose Maher, who plays Leonie, in a stage play two years before the beginning 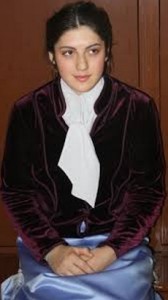 of filming. What were you looking for most of all in your choice of an actress for the part?

My pastor gave me tickets to a stage play in Detroit at Assumption Grotto parish. Watching the play I noticed an actress and thought she’d make a good Leonie Martin. I asked Joe Maher who also was at the play, to meet with me about a project I was working on. I did not know at that time that Mary Rose was his daughter. I wanted to see if he was interested in directing the film. He was enthusiastic and excited about the project.

In a unique privilege, you were permitted to film some scenes of the film in the cloister of the Visitation Monastery in Toledo. Can you tell us about filming in the monastery, and the Sisters’ response to your work?

I already knew the nuns at the Visitation Monastery in Toledo, Ohio. I contacted them and asked if I could film in the enclosure of the Monastery. They told me I had to get permission from (then) Bishop Leonard P. Blair. I knew Bishop Blair (now Archbishop Blair)and he gave us his blessing on the project. I can’t begin to tell you about the joy I received filming in the cloister. The openness of the sisters was beyond words. You could hear them singing throughout the day and sometimes I would sit in the back of their chapel and enjoy the prayer time with them. They were gracious, kind and helpful throughout the filming. We invaded their quiet world and 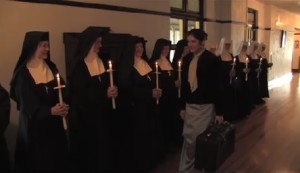 they adapted beautifully. It was such a privilege to be in their monastery. I’m told we’re the only Production Company in the US to film in a cloister. The Visitation cloister in Toledo, Ohio is breathtaking. All the doorways had verses of Saints over them. The doors had medals of Guardian angels on them. It completely leaves you in the Presence of God.

Were there any moments during filming where you realized that something special was being captured?

We filmed the death scene of Leonie in the infirmary. It was a moving scene and all the time we were filming a Sister in the room next door was dying.

Can you describe the relationship between Leonie and St. Therese?

St. Therese loved Leonie very much. Therese told Leonie after I am gone you will enter the Visitation order and persevere. Mrs. Martin’s sister, Leonie’s aunt was a Visitation nun. Even though they were cloistered they ran a school behind the Monastery which all the Martin girls attended. Three times Leonie entered the Visitation order and on the last try she persevered. St. Therese taught Leonie her little way of spiritual childhood and Leonie was faithful to it. To follow Leonie’s spiritual journey is to see the little way at work. The Visitation sisters see it as very Salesian. Leonie had m 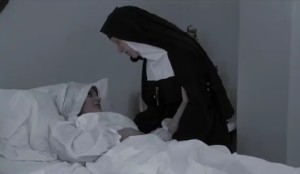 any limitations in her life. She was not an attractive figure. She was slow academically and was always sick. She suffered from eczema along with other physical ailments and was very different from her sisters. As a child she thought she has been adopted since she was so unlike the rest of the family. Therese and the other Martin sisters continually encouraged Leonie and never gave up on her.

One of the nuns depicted in the film is Sister Jeanne Marguerite, who supported Leonie in her vocation. Can you tell us about this friendship and its effect on Leonie? Were there others who helped her, too?

Paige Pilarski played the part in the movie on Sister Jeanne Marguerite. It is actually a composite of several superiors and the sisters of the community. Mother Jeanne Marguerite was superior when Leonie received the habit. When she heard Leonie had asked to reenter, she had no problem with it for she knew Leonie’s soul to be a very obedient one. The sisters loved Leonie and Leonie loved them. On the eve of her profession Leonie asked God to do with her as He wished and she added: Let me be good and charitable, even to excess, so that I may follow my Therese’s example in following Your new commandment. And she asked Him to act in and for her as she realized her own weakness and inability to accomplish it. Paige had the gentleness and simplicity to capture the part perfectly, portraying the love of the community for Leonie.

What can we learn from Leonie?

This is a very important question! 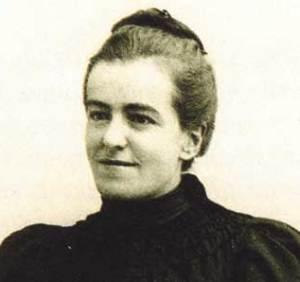 It shows that no matter how many problems we have and struggles the Lord never gives up on us. Leonie teaches us that even though she was less gifted than her sisters her struggle to be a good religious pleased Jesus tremendously. She has given hope to many people. Leonie shows what trust in God and perseverance can do. As a child she said she wanted to be a religious and she never gave up: she relied entirely on Him. All of us are called to holiness and Leonie shows there are no excuses. God will work it in us when we open ourselves to His action and are willing to do our part. She also gives hope to children experiencing difficulties and to parents who have a difficult child. God is with us. In this context we can understand why God is elevating Leonie after Therese to become a Saint. 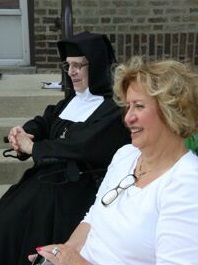 ducer of Leonie! with the Superior of the Visitation Monastery in Toledo, Sister Mary Bernard Grote.