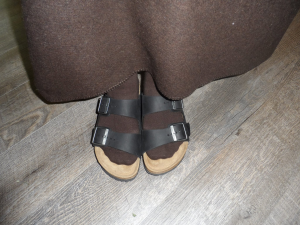 Twenty-five years ago, I stood at the cloister door of the Poor Clares, knocked, and asked to be admitted to their community.  I was young, confident, and excited to begin my new life that I just knew was going to be permanent.  During the first weeks, I thrived, so much so that I was allowed to move from Candidate to Postulant in four and a half weeks rather than the usual six.

By the end of the year, I had made a complete turnaround.  Beset by chronic ear infections, the loneliness that came with the lack of my family’s support, and the regular adjustments to religious life, I felt I had no more to give.  However, by the time I had reached home, I regretted my decision.  Those days were filled with so many tears and headaches from the stress!  Over the next few weeks, though, the pain subsided, and I began to pick up where I had left off.  Five years later, I would be walking down the wedding aisle, content and at peace with my decision. 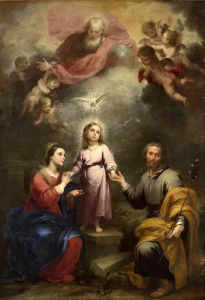 Regular dreams visited me in which I was released to enter religious life, only to realize that I belonged with my husband and children and return to the world.  Over and over, God needed to show me the holiness of family life in these little dreams until I learned the lesson.

Then an accident resulted in the loss of my two boys.  A daughter should have joined them in their heavenly abode, but by miraculous intervention, she was spared.  The bigger miracle, however, was a complete healing of the disappointment of my youth.  From that moment on, I added those virtues which are so loved in good mothers: patience, long-suffering and cheerfulness.

A few days ago, my oldest daughter stood at the cloister door, knocked, and asked to be admitted to her new community.  She is young, confident, and excited to begin her new life. So now we have come ‘round full circle.  The end of my vocation story means the beginning of hers.