I Wish I Had Loved Her More

I was sitting at a table happily conversing with a group of girlfriends when I saw her walk in. She had made some attempt to look put-together, though her puffy eyes and downcast demeanor implied otherwise. I knew she struggled emotionally and had a lot of marital drama, so I wasn’t surprised. I watched her walk past my table and choose a seat at a distance from everyone else. Apart from the bride-to-be, whose shower had brought us together that day, I’m pretty sure I was her only other friend in the room. 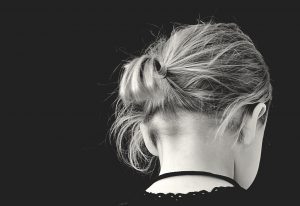 “Friend” was a challenging term to use here. Only a few years my senior, she had been my boss for three years. Our strong personalities often clashed. I felt stifled by her, and I think she felt threatened by me. Our rocky relationship eventually drove me to leave that job.

Both of us had become close with another coworker—a kind and deeply compassionate young woman who was preparing to marry the love of her life. This woman and I had spent a lot of time together, even outside of work, and our friend circles intertwined. I knew half of the people in the room that day, but I was well aware that my former boss, who normally feigned confidence, was like a fish out of water here. As I continued my comfortable conversations, I felt a nudge to go over and speak to the lonely one. I ignored it. I continued to catch glimpses of her out of the corner of my eye but continued to suppress the inspiration to do the kind and uncomfortable thing. In a little while, I thought. But before I ever had the courage to respond to a simple prompting, she had left the party.

I was no less called to be His #disciple in this job than I was in my community or in any other full-time #ministry. Click To Tweet

Thankfully, I had a more pleasant encounter with her at the wedding a month later and some positive text exchanges in the weeks that followed. At that point, the three of us who had once worked together a part of a tight-knit (albeit dysfunctional) team had all moved on and were on the verge of new chapters in life. The former boss expressed in a group text one day how much she missed our team, and in a genuine gesture, I texted back suggesting that we meet for lunch soon at her favorite Italian restaurant. Maybe I could make up for my neglect of charity a few months earlier. She responded affirmatively.

But the shared meal of bread sticks and gnocchi soup never happened. Three days after that text conversation, she took her life. She left behind a husband and five children whom she decided would be better off without her.

As I tried to process the news, memories rolled through my head. I spent the first three years after leaving my community with this person, day in and day out. She hired me for my first-ever career-type job and allowed me to gain experience in a field that I came to love. We had more than our fair share of challenges, but we both made some attempt to bond over those things we had in common—like an appreciation of unique foods and a love for cinematic music. While the memories and tears flowed, one phrase echoed through my head: I wish I had loved her more.

What I had failed to realize was that God placed ministry opportunities right in front of me. He gave me people who needed to be loved. Click To Tweet

I had planned to work that secular job for a year or so while I searched for a new ministry to pour myself into. What I had failed to realize was that God placed ministry opportunities right in front of me. He gave me people who needed to be loved. He gave

me moments to sanctify and challenges to offer. I was no less called to be His disciple in this job than I was in my community or in any other full-time ministry. I shed some tears as I thought back over those years and recalled the day of the bridal shower. I prayed for God’s mercy on this woman’s soul and for her family. For myself, I asked that I not be so blind in the future. Sure, I may not have been able to change the course of this person’s life, but I know I could have made some small attempt to love her more.

Recently I was attending another bridal shower. As I walked back to my table after refilling my iced tea, I noticed a woman sitting alone, as everyone from her table was helping the bride-to-be with gifts. I felt a gentle prompting and walked over to her. I introduced myself and invited her to come sit at my table. She smiled and accepted the invitation. I recognized the God moment, and I praised Him in my heart for another chance to love.