On the Threshold of Something Beautiful 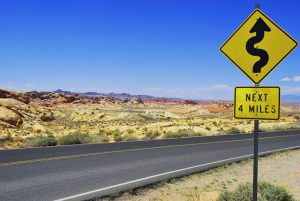 By Cate (re-printed with kind permission from her blog Seeking Sunflowers) .

I turned right one street before I needed to—the route that led to my old apartment. Shoot, I thought to myself. I’m already running late, and now I have to drive around the block and lose more time. After turning left in order to get back to where I needed to be, I saw a male figure I recognized walking down the sidewalk. My hunch was confirmed as I approached his vicinity, so I pulled over and called out the window to him.

This man and his wife were friends of mine from high school. We reconnected several month ago, before I moved out of town for missions. I had thought about reaching out to them while I was home on break, but my schedule filled quickly, making it impossible to see everyone this time around.

I got out of my car, and we stood chatting for a few minutes in the cold, catching up briefly on life before exchanging hugs and wishing one another well. I was grateful for the happy accident—the seemingly wrong turn—that afforded me this encounter.

Isn’t that how life is sometimes? Unexpected turns lead us down roads that, in the end, we are happy we didn’t miss. In fact, some the greatest joys in my own life have been the result of turns that, at the time of choosing, I seriously questioned being the “right” choice.

I remember the state of my heart one dreary January afternoon several years ago. I was sitting at an office desk across from my friend Theresa, who had been supervisor, coworker, and mentor to me. I had just made a decision that rocked my world—to leave the Catholic organization I had been serving with practically my entire adult life up to that point. Through tears I verbalized to my confidant that I had just made the worst decision of my life. 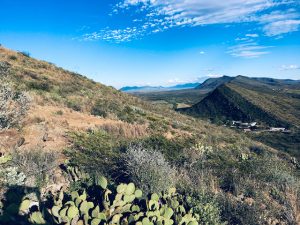 My dear friend, who knew that the decision came as the result of much prayer and discernment, encouraged me to consider that this detour—if it was in fact a detour—was happening for a reason, and that perhaps there was something or someone along this path that I needed to encounter.

Theresa was right. As I look back, I no longer see in this decision a wrong turn, and I no longer believe that I took a detour. That was the way I was meant to follow, and the blessings that came as a result are ones that I can’t imagine not having as part of my life today.

Since that cold January day I have made plenty of other questionable turns in the road. Some I have made peace with. Other I still wrestle with in my mind. But on my better days I am able to see that all has served to bring me to where I am now.

As we begin a new year, and I begin a new chapter in life, the temptation can be to jettison the past and “begin anew.” While there is certainly wisdom in this approach, I have found the Holy Spirit leading me in a different direction presently.

One of the words I received for this year is build. While this was the one generated for me on a website, and not the one I received in prayer (more on that in another post), I have nonetheless been reflecting on its significance.

We tend to see time as linear: the past in the shadows behind us, and the future on the horizon ahead. But lately I have been challenged to see time as more horizontal. We build on the foundation of the past and ascend toward the future that awaits us. Our past—with its joys and sorrows, good and bad, triumphs and mistakes—all serve as a foundation for where we find ourselves in the present. 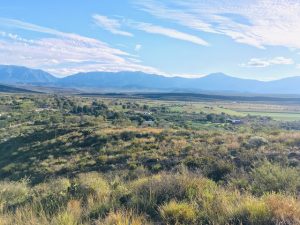 Today I stand on this foundation, on the brink of something new. In a few short days I will board a plane to Peru and begin to make a home in this new country. I have a different view than I did on that January day. I now see that it was only by making that difficult decision, and many other that have followed, I am here, once again ready to step into the foreign mission field.

I am grateful for the roads I’ve traveled, for the wisdom gleaned from each chapter, for the beautiful, the challenging, and the grueling. My good God has allowed each and every piece of the journey to bring me to where I stand today, on the threshold of something beautiful.