I am the Way, the Truth, and the Life 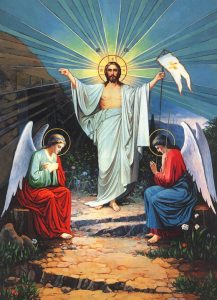 I AM THE WAY

After leaving I wanted to know where to go, what to pursue… And instead of answers there was stillness – an odd stillness that I didn’t quite know what to do with. Inside I sort of felt a “where to next?” that was only met with silence. It felt as though I were a sailboat left in the middle of a sea on an overcast day with no wind and no sense of direction. At least the sun was still there. Somewhere.

What finally broke into the restlessness were Jesus’ words “I am the Way.”

Sometimes discernment can feel as though it is some sort of enigma that I must solve lest I be eternally doomed to a life that is less than what had God intended. But that isn’t love. Part of discernment, especially during the silence and stillness, is trusting that whatever I choose Jesus can and will make it work for good. Then discernment becomes something truly beautiful. Then discernment isn’t about what I do, but about Whom I love. It is trusting that as long as I love Jesus, everything will fall into place.

In Story of a Soul St. Therese speaks of “having savored the delights of walking without seeing” (Manuscript A 23v). May we too delight in placing one foot in front of the other as we remain close to Jesus, The Way.

One of the challenges outside of the monastery was the seeming contradiction between what I know and want to be true, and what was actually happening. There were many difficult emotions after leaving the monastery, and initially I was rather dismissive of them. I shouldn’t be angry; I wasn’t told to leave out of malice. I shouldn’t be sad; I am still the spouse of Jesus and a beloved daughter of the Father. I shouldn’t feel abandoned; the sisters are praying for me.

But the reality was that I felt angry, and hurt, and sad.

When I finally allowed myself to enter into those emotions – as illogical as they may have seemed at times – I found Jesus there. Almost to my surprise. Yet those emotions are a part of the reality of my experience. And of course He who is the Truth would meet me in the truth of what I was experiencing.

It took a lot of courage for me to stand in the truth of what I was experiencing. Nice, neatly-packaged theological explanations such as “I am still espoused to Jesus through Baptism” were so much easier to engage than the interior struggle going on within. Yet when I stood in the truth of the heartache, the anger, the frustration… I found Jesus there. He who is the Truth continues to meet me in the truth of my experience and work His redeeming love from there.

Leaving the monastery left me feeling stripped of the way of life through which Jesus would help me grow in holiness. But there was something greater than a particular charism, horarium, or apostolate that I did not lose. Something that was present the whole time – or rather Someone. The Catechism highlights how each Christian is called to live the mysteries of Christ’s life within each of their own lives. It reads:

“Christ enables us to live in him all that he himself lived, and he lives it in us. ‘By his Incarnation, he, the Son of God, has in a certain way united himself with each man.’ We are called only to become one with him, for he enables us as the members of his Body to share in what he lived for us in his flesh as our model: ‘We must continue to accomplish in ourselves the stages of Jesus’ life and his mysteries and often to beg him to perfect and realize them in us and in his whole Church. . . For it is the plan of the Son of God to make us and the whole Church partake in his mysteries and to extend them to and continue them in us and in his whole Church. This is his plan for fulfilling his mysteries in us.’”(CCC 521)

May Jesus give us the grace to recognize His life reflected in our own life.